Only one hours drive from Cenno lies the rose-coloured city of Siena. Famous for its controversially striped marble cathedral, soaring towers, huge shell-shaped Campo (piazza), it is well worth a day’s excursion. Ledged has it that the city was founded by Senius, son of Remus, resulting in wolf symbolism in the oldest parts of town. Once parked, all roads, or rather, narrow tunnelled passageways, lead to the Campo, with its nine different terracotta-coloured parquet segments, dignified town hall with surging tower – the Torre del Mangia and numerous cafes – the stage of the annual performance of the city’s greatest drama – the Palio (a 90 second horse race around the piazza). It is possible, if you have the lungs for it, to climb the tower for the most stupendous view over the city roof-tops. The Museo Civico inside the Palazzo Pubblico, in the same building, boasts Simone Martini’s ‘Maesta’ and Ambrogio Lorenzetti’s ‘Effects of Good and Bad Government’. Wander the alleyways and indulge in a gelati, go shopping and as you wind West away from the Campo you will come to the ‘Hum-bug’ Duomo (began in 1220) – a ‘symphony in black and white’ or a ‘tasteless iced cake’, depending on your viewpoint. Artistic creativity doesn’t halt at the door; the inside is a riot of mosaic flooring, stripy walls and a starry vaulted dome. Siena is all theatre – don’t miss the performance. 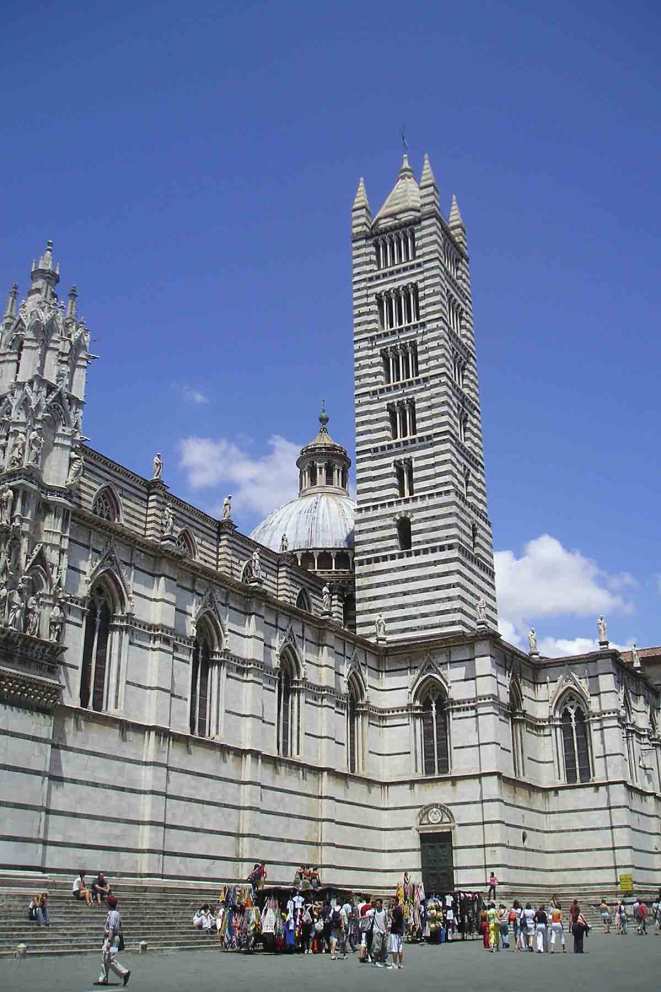 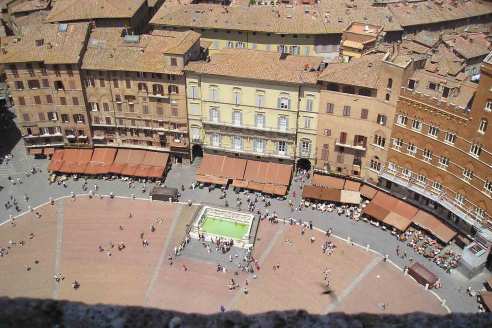 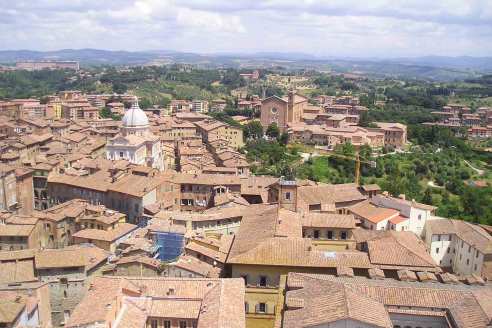 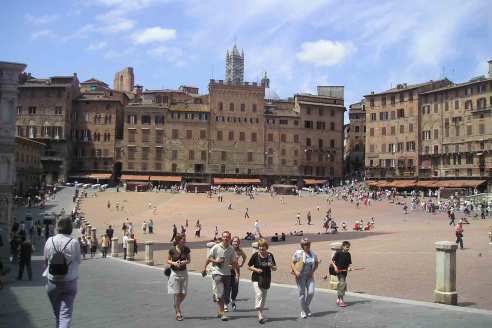 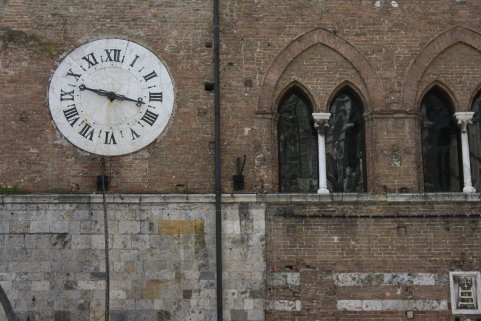 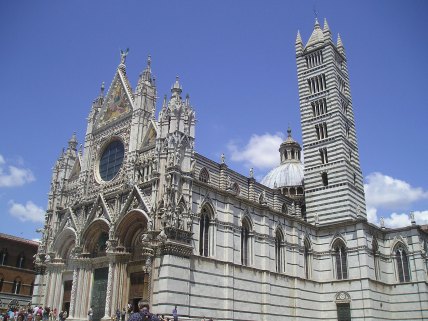 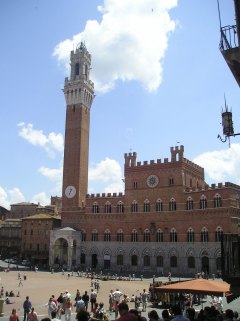 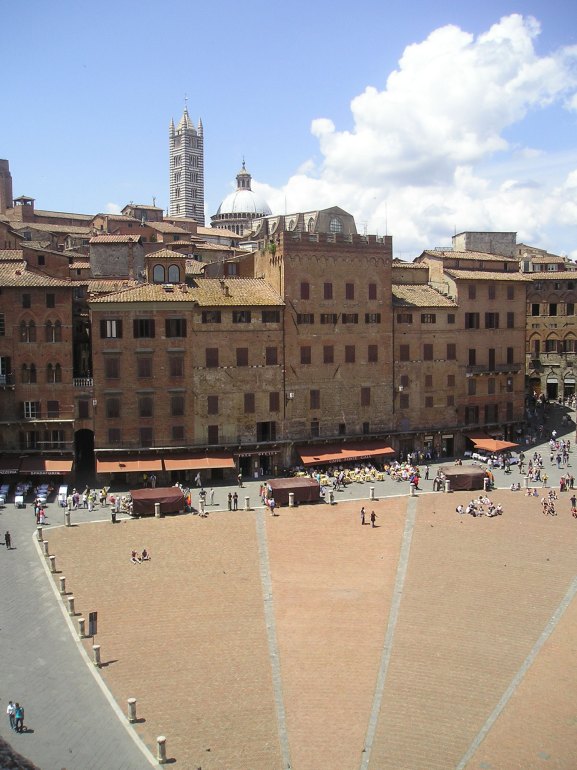 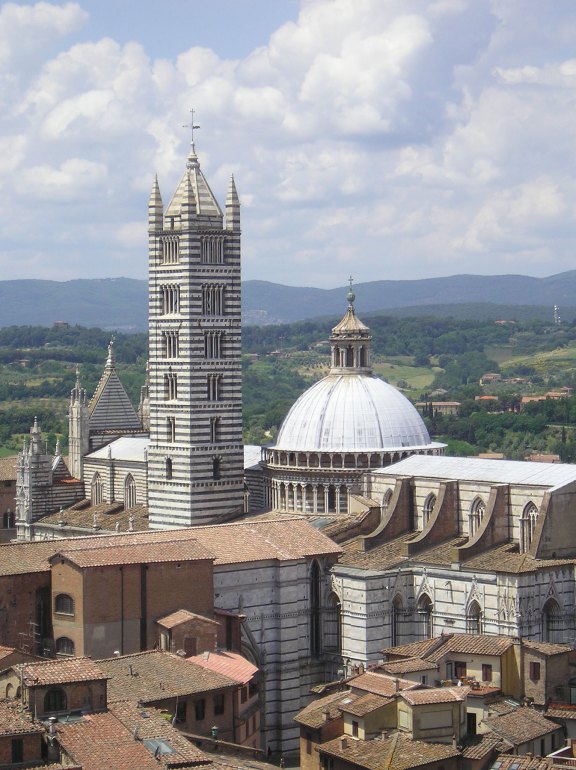